We have a map in our office with all the stations that we have to service. 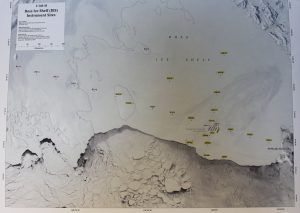 The weather within the last few days was quite good. So we had the chance to reach some more of our stations by plane. This leaves our group with seven more stations. These stations are close together, within a 20 km radius. On Friday we will go out to a camp they are putting in for us right now and service the last stations from the camp by snowmobile.

Three of the stations we reached last week are about 2 km away from the ice shelf front, offering spectacular views flying there. 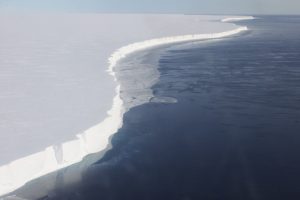 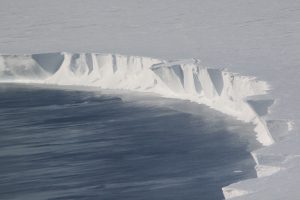 Flying over the ice shelf front 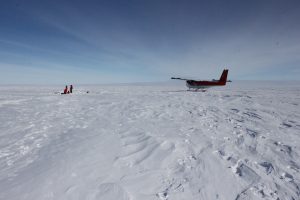 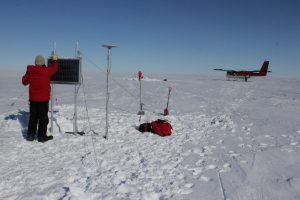 Setting up a GPS station north of the seismic station 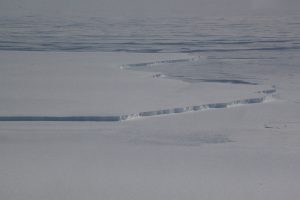 Nascent iceberg, not yet a real iceberg. 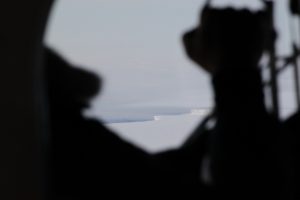 Rob prepares the landing close to the ice shelf front.

A portion of the largest rift on the Ross Ice Shelf seen from the Twin Otter while flying back to McMurdo after servicing station DR15, about 200 km from the shelf front. The rift, a through-going fracture thought to penetrate the entire shelf to the water below, extends for over 100 km roughly parallel to the shelf front, and is over 1 km wide at its widest. 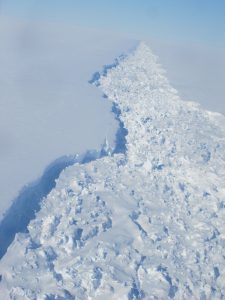 Rift on the Ross Ice Shelf

Returning to McMurdo after servicing seismic station DR15, we flew over and along the largest rift on the Ross Ice Shelf. The width of the rift increases towards the center of its length, suggesting the width is increasing there. GPS stations were installed at several stations perpendicular to the shelf front to see if we can detect differential episodic motions across the rifts. 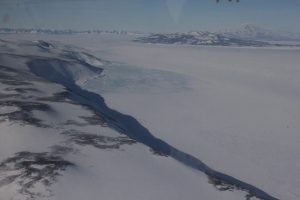 We had great views of the Transantarctic Mountains on our way to station DR16.

Luckily no one got sick on the plane so far! 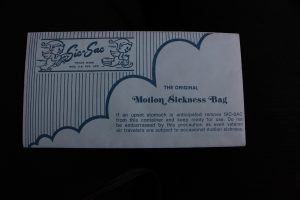