Got the first two seismic stations installed today! Only 32 more to go!

Dr. Flick waiting at the shuttle stop with the team for transport to Willy Field. ‘Nuff said… 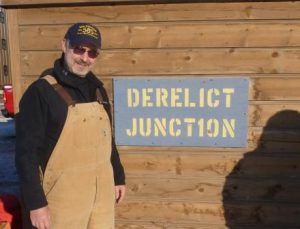 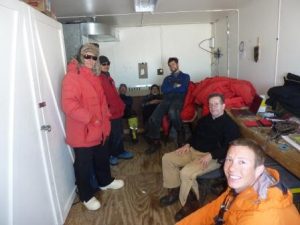 Baggage and cargo handling is done with snow-machine. 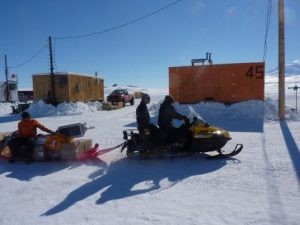 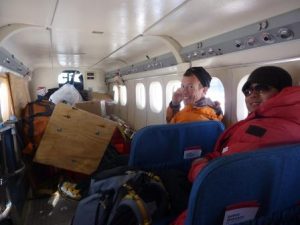 Garage Sale on the ice unloading the Twin Otter! 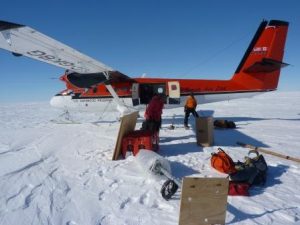 Dr. Flick secures wiring at bottom of solar panel “lampshade” array that will power the station through the summer months. 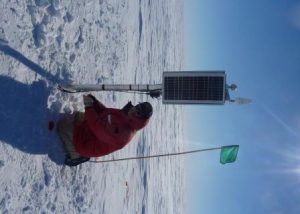 Doug carefully arranges and levels the seismic sensor in the bottom of the instrument well dug about 6 feet deep in the snow of the Ross Ice Shelf. 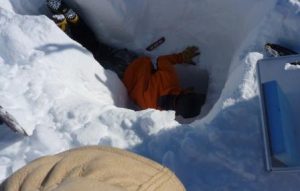 Sensor RIS02 in the hole! Conduit has wires that connect sensor to instrument case. 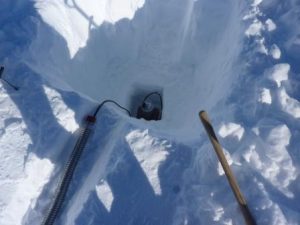 Instrument case with batteries and data recorder in a separate 4 ft by 6 ft hole in the snow. This will record 100 samples per second on three channels for over a year! 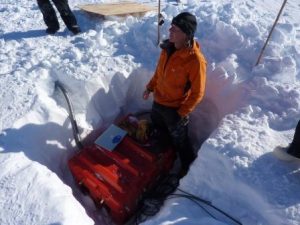 All done, crew is back on the Twin Otter and the station is buried with only flagpoles and solar lampshade showing. See you next year! 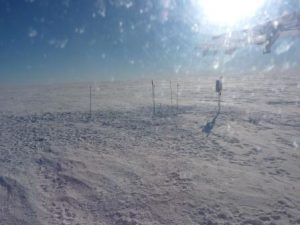