Worked about 180 stations so far from the McMurdo hamshack, which is the checkered shipping container box in the photo. We have been spreading the word about out RIS seismic work via contacts from Japan to Argentina, Australia, Italy, England, Costa Rica, New Zealand, Canada, Mexico, and Russia and dozens of states and provinces!

Radio propagation has been good using 100 Watts on the 15 m and 20 m amateur bands. We even made two contacts with stations from California that were only using 5 Watts! Amazing!

Lead tech Jakob Conner AK4NP from Mack Comms is trying hard to bring the station back to life. The tri-band 7-element Yagi antenna functions well, but the winter winds have turned it so it is less than optimal. 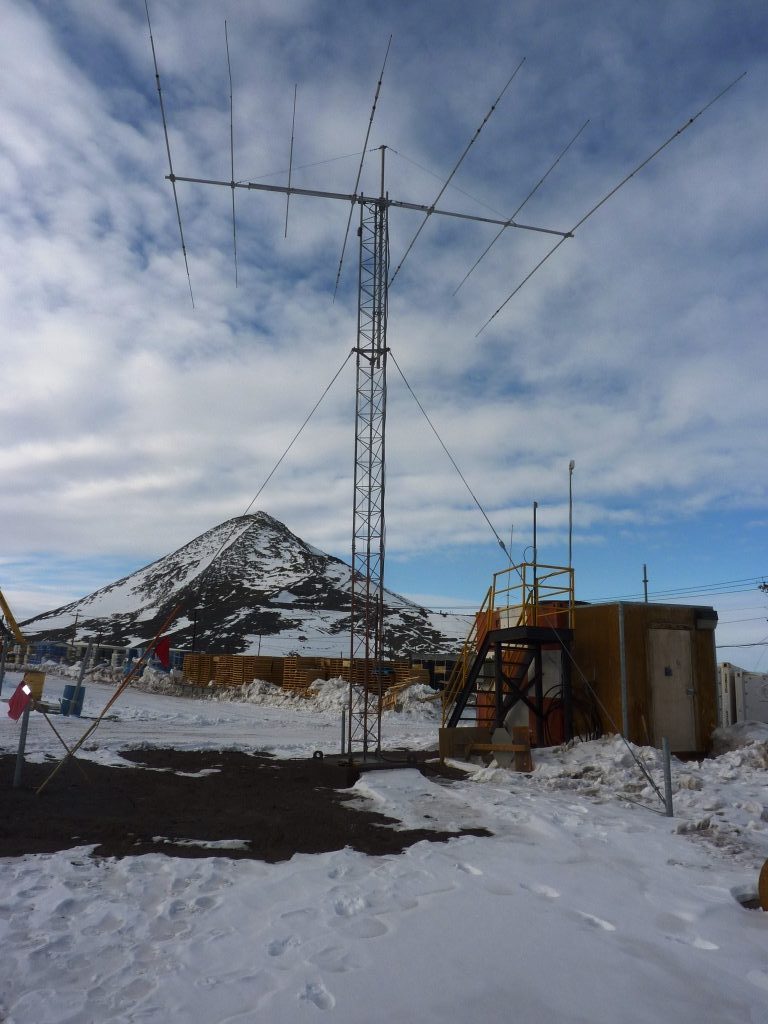