Reading this blog you might have recognized that we have a lot of time because we can’t fly due to the current weather conditions. However, we collected some of the data loggers by now and started to analyze the data. Nevertheless, there is some time for recreation with lots of opportunities around McMurdo! 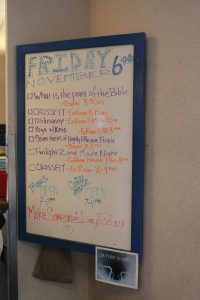 The big board on the way to the mess room announces the highlights of the day, fitness classes, movies, talks. A craft room is open for everyone that wants to be creative and it’s possible to rent cross country skies and climbing shoes at the gear room.

Ob tube: A hole drilled through the sea ice. It’s not much more, but it’s possible to climb down the tube installed there and observe life and light under the sea ice. 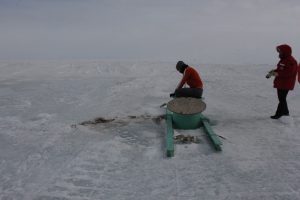 On the way down the tube

Sea ice from below, with fish 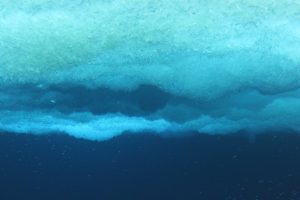 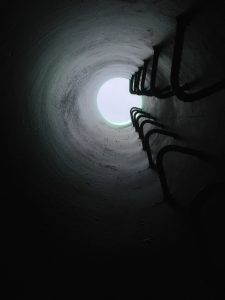 The way back up! 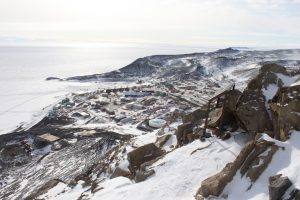 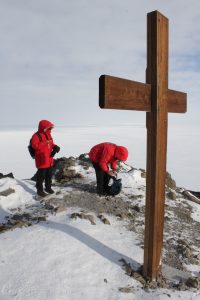 At the top of Ob Hill

Hiking around Scott’s Hut: Close to McMurdo is Scott’s Hut. Robert F. Scott build this hut in 1911 on his expedition to reach the south pole. On his way back he and his crew died. The cross at Ob Hill was erected in memory of Scott. Scott’s Hut is still standing. 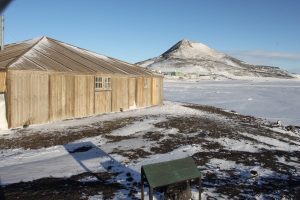 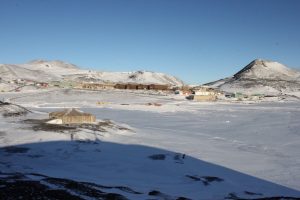 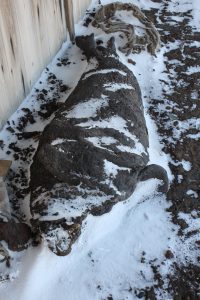 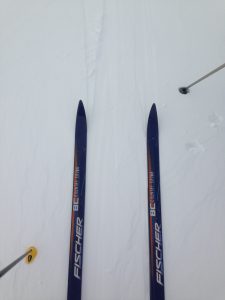 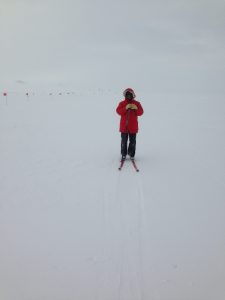 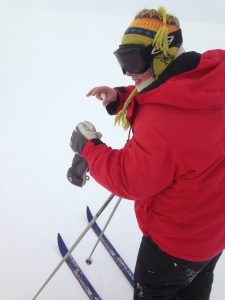 Hula hoop: Time to learn something new – why not hula hoop?! We build hula hoops and learned some first tricks. 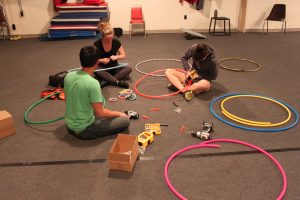 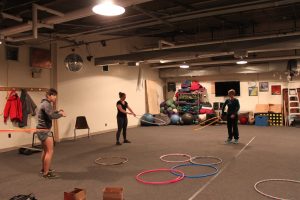 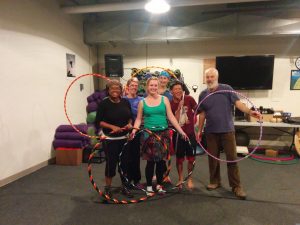 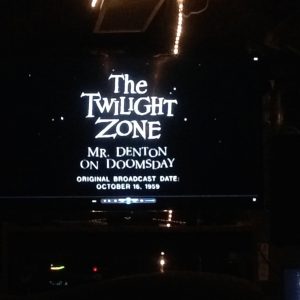