Our camp on the Ross Ice Shelf was put in today. We’ll be deploying to the camp in two days. A lot of prep work to get everything moved from McMurdo to Yesterday Camp (just east of the dateline near 79deg S) has been done today. We’re nearly ready to go, hoping that the weather holds and the LC-130 transport doesn’t have any mechanical problems. It’s been warm — in the teens. Small streams of melt water are running down the roads.

Because the sun never sets in the summer in Antarctica, a sundial works 24 hours a day. 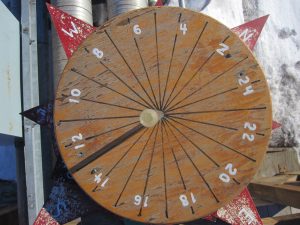 The 24-hour sundial at McMurdo station (viewed from above). As you can see, it’s 1PM local McMurdo time. 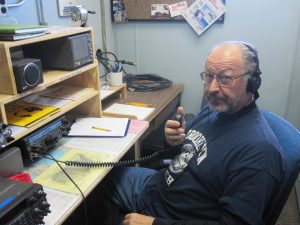 Ron Flick with his thumb on the pulse of McMurdo, talking to the world.